Tom and I went out to find some caves that were listed in a 40+ year old map from Monroe. Katrina doesn’t like hiking around the jungle without making a bee- line right to the cave so she went diving with David.Our first stop was to an old show cave. This cave still has the old Romex bare wire strung through the center of it with a few corroded light bulbs hanging from it. This cave was remarkable and we were very pleased. The white line in the center of the picture is the old wire. 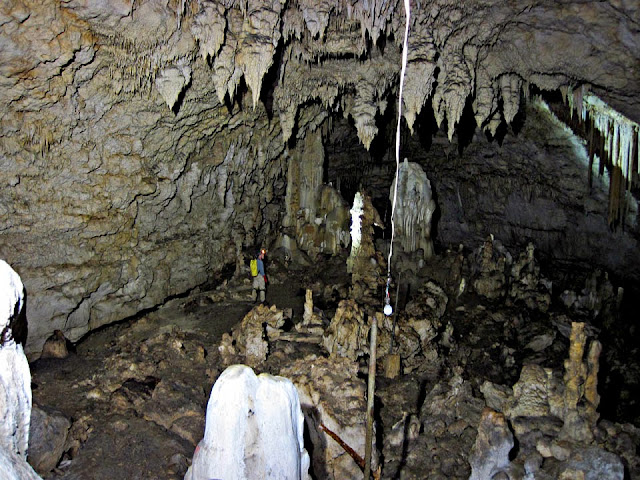 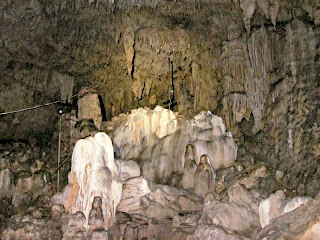 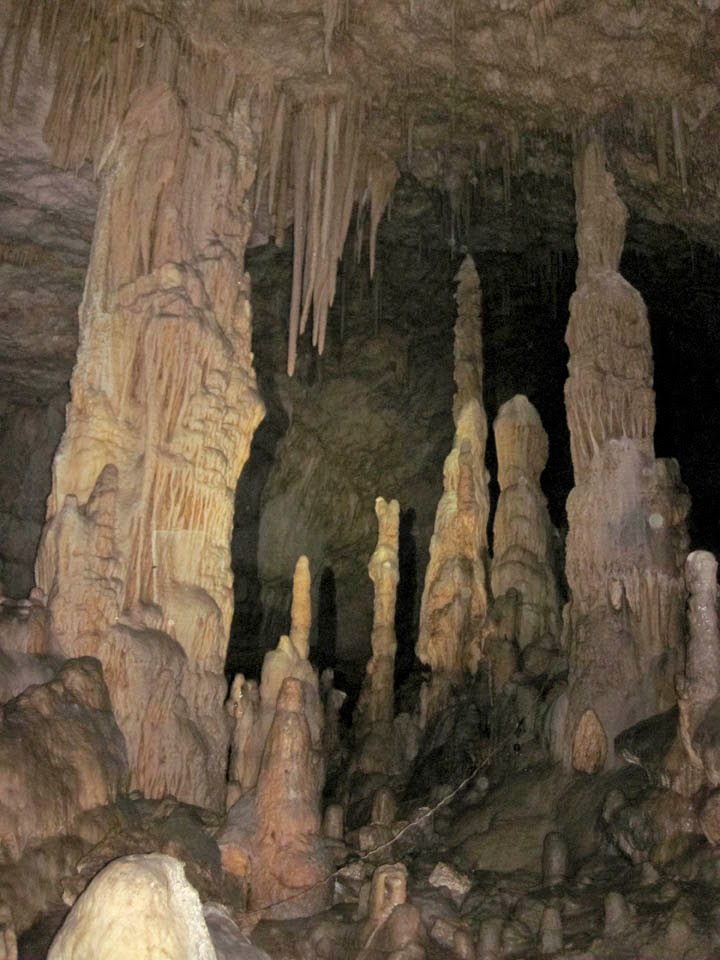 After leaving Cueva La Luz we drove as far as we could on a paved road and parked in someone’s yard.  That’s one of the great things about Puerto Rico. You can just drive up to anyone’s house and ask to park in their yard and walk all over their property and they will usually say yes. Not only that but they will try to be helpful and sometimes offer refreshments or water to wash off with. The owner of the farm that we parked at knew about a few caves in the area and gave us directions to one. There are probably many more.That crack/hole in the picture below probably hasn’t been explored. 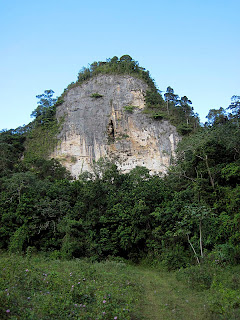 We think we found Cueva Muerto. We are not a 100% sure since the descriptions we have are just single  sentences. As usual there was garbage near the cave. This cave was just a single medium size room with some bats. The entrance was at the bottom of the cliff shown above. 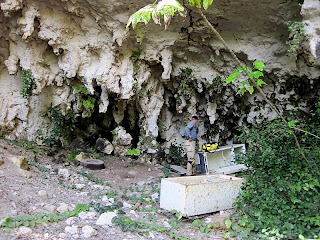 After leaving this cave I explored the base of the cliff as much as I could but it was really hard going and very steep. Not finding any more caves at the base of the cliff I met up with Tom on the trail below and we headed off to find Cueva Agua. I found a bunch of pits that looked really interesting and Tom found the cave. 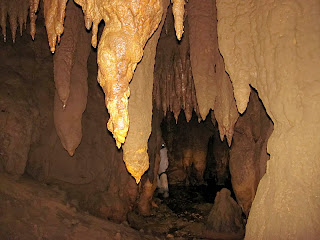 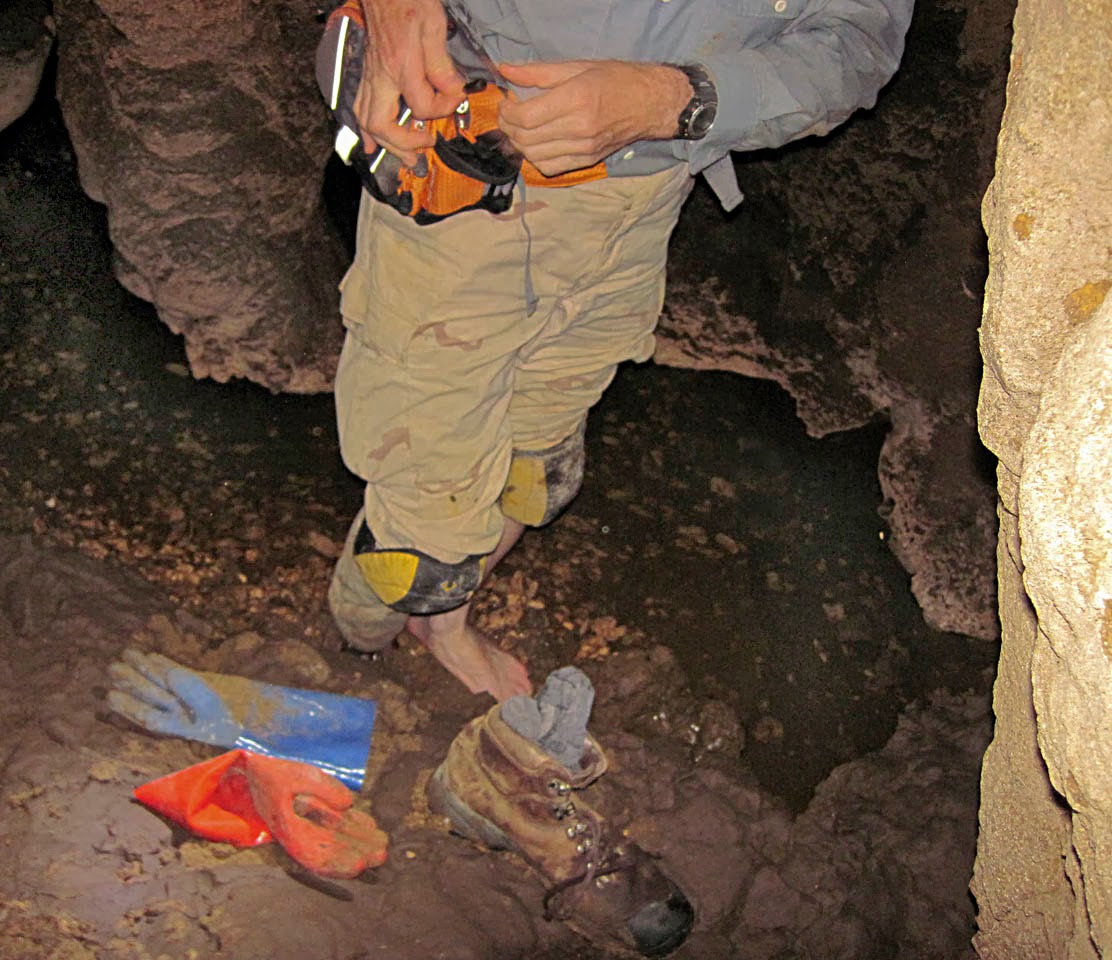 This cave was just above a pond and very small stream. We entered as far as we could without getting wet.  Since the cave continued we needed to push it so we took our boots and socks off to pass some water. On the other side of the water we were able to continue on for 5 minutes until a sump blocked our way. I took my boots off again and got fully wet to check out the sump but it did not „go“ without scuba gear. We left this cave and started the search for Cueva Humo. After some searching we found it!  It is HUGE.  The area leading up to the cave is full of growth so I couldn’t get a picture of the entrance from the outside. In the picture below I am over 130′ vertical feet down and neither Tom nor I wanted to climb back up just for a picture. A person would be very small at the top. 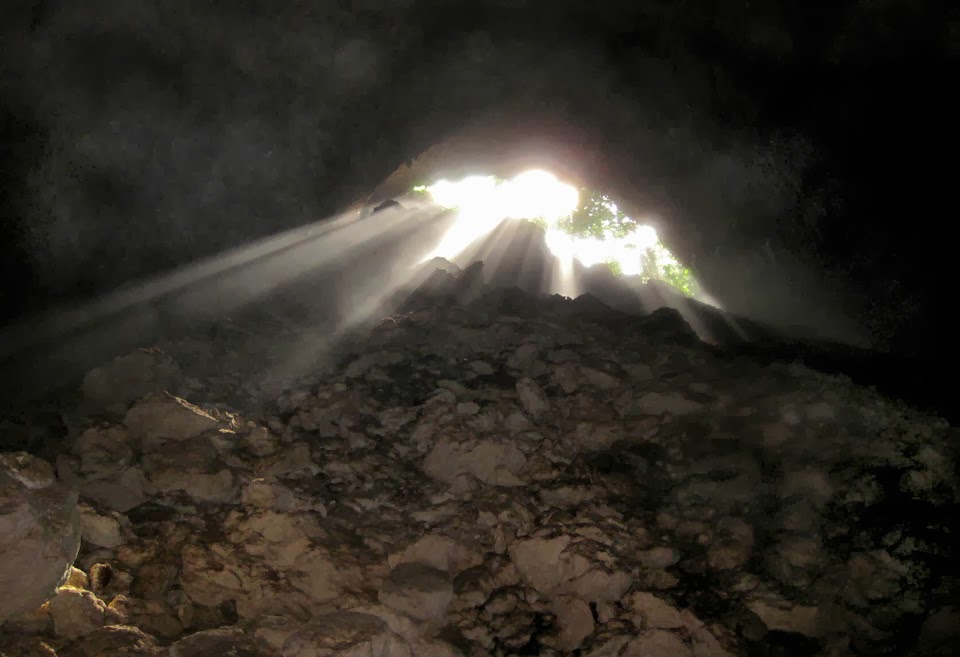 This was an exciting find for the day. It’s possible it could be part of the Larga system as the character of the cave is similar. 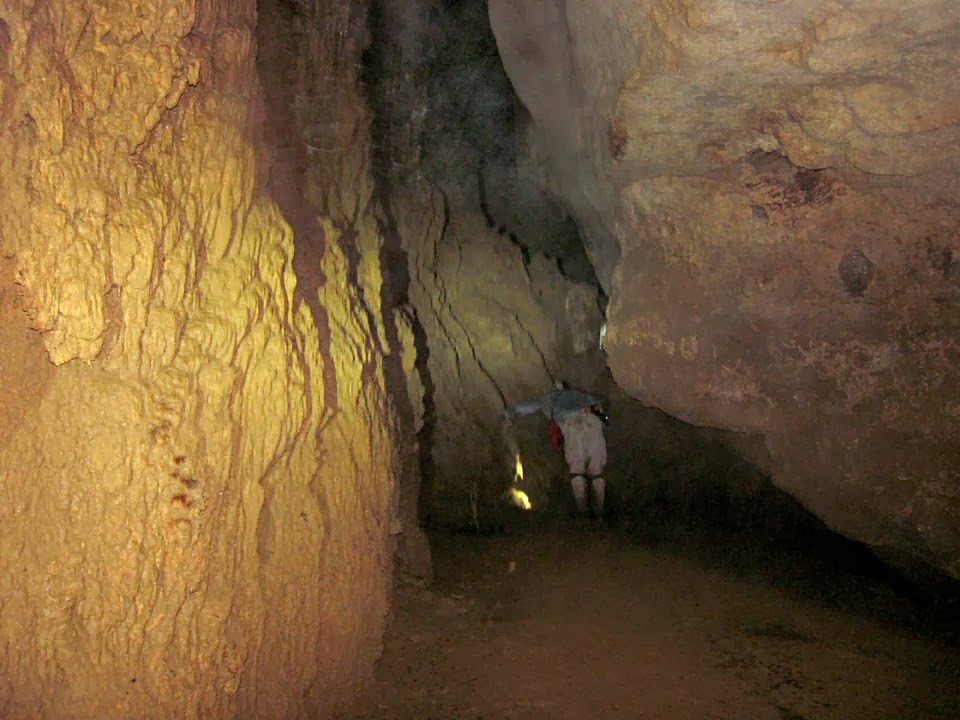 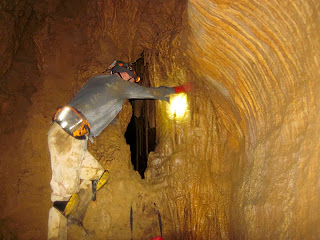 The cave finally ended in a pool of water. With a shovel and scuba gear maybe someone could pass onto miles of virgin cave.

View all posts by Michal Danko →