19. januára 2022
EN
March 19th I met my friend Rob and his friend Laurel in San Juan for a fun filled week caving and diving.  We picked up our rental car from National at the airport and drove across the island to our condo in Isabella.  We quickly unpacked and got our Scuba gear together.  We meet David and Julio at El Natural for a nice dive.  The water was supper clear and warm.  Thanks David for bringing the tanks! 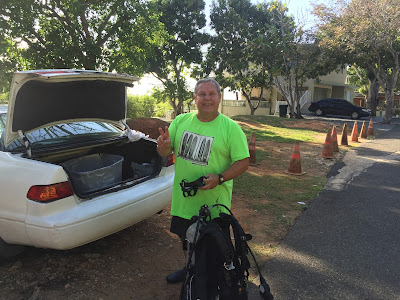 The next day we had an exciting caving adventure planned.  We got up relatively early and meet at Panaderia Lourdes.  The standard meeting location for caving in the Camuy area.  We got our gear sorted out in a nearby park before heading to the cave.  What made this an adventure for us was that we planned on passing two 40 foot sumps with scuba gear at the end of the known cave.  This was no small feat getting all the gear to the end of the cave.  We rappelled down into the cave and had to pass the tanks and packs through many climb downs. 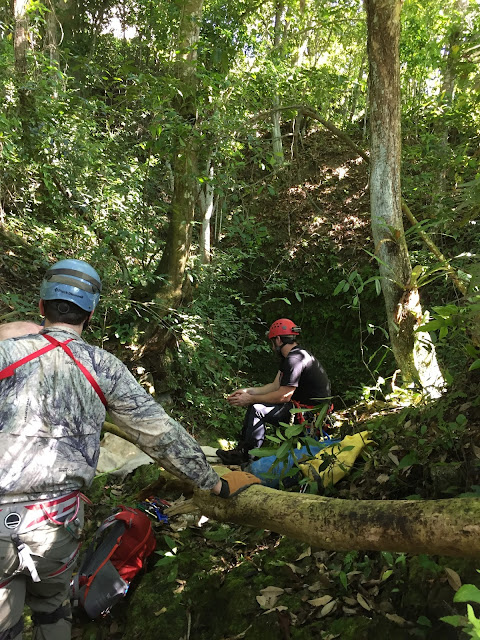 The cave is not visited much and has nice formations in spots.  It’s a river cave but since it was the dry season and not much chance of rain that day we were safe from the caving flooding.  We had to crawl through many green pools of muddy water. 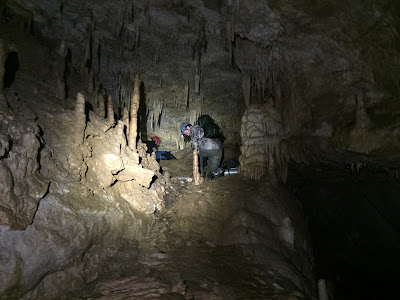 Finally at the end of the known cave we got to the first sump.  Anthony and Tom got all their dive gear assembled.  Anthony went first and could see the way on.  Tom was next and he pulled a 100 foot rope through the first sump and secured it on the other side for us.
Now it was Rob’s and my turn.  We only used a dive mask, regulator, and tank.  No fins, Bouncy control vest, or other scuba gear.  The plan was to just pull ourselves along the rope.  At this point the visibility in the water was about 6 inches.  Rob and I went in side by side.  I was crammed against the left wall and by the time we got 10 feet in my regulator was being torn out of my mouth.  Since my left arm was pinned I had to let go of the life line in my right hand to put my reg back in!  Once the reg was back in my mouth I grabbed Rob, shook him, and started pulling him back out.
At that point I was done!  Rob went through the first sump a couple of times cleaning up some old line but didn’t go any further than this first sump.  I just couldn’t handle the 6 inch visibility in a small cave passage.
Anthony managed to get a little further than Julie did last year but again since he was alone he did not get out of the water to push the “dry” passage beyond. 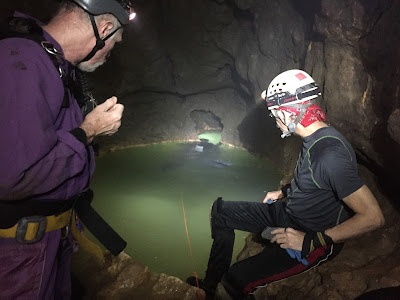 We all had a great time and got out of the cave and packed up just before dark.  We then had the most difficult time of the day trying to find a place to eat.  We wound up eating from a Gua Gua (dirty food truck) on the side of the road. 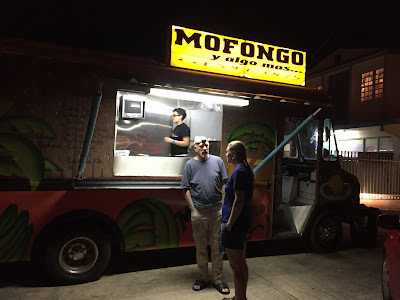 The next morning we met Tom at El Messon in San Sebastian for a bunch of caves on and near the Tanama river.  We had a nice jungle walk seeing snakes and visiting more than 6 caves.  The Tanama river is spectacular.  We wound up eating at La Famila. 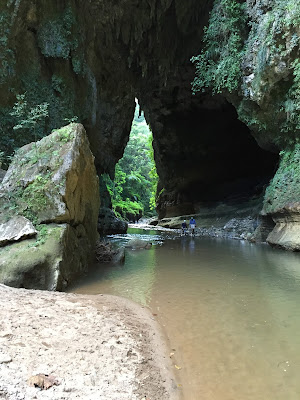 Tuesday morning again we met Tom at El Messon and then Met Bro in Lares.  We had planned on visiting several big caves but because of the later start and some issues with parking we were only able to visit Dos Ojos and Dugon.  Both of which are big caves.  Laurel and Rob got a sampling of what Cueva Cucaracha is like except with breathable air. 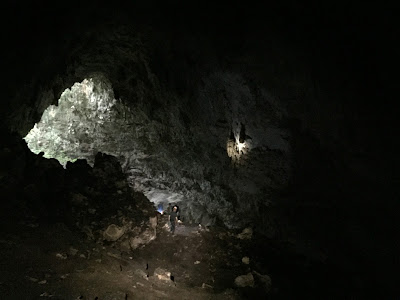 Wednesday we took it easy with the caving and only did Cueva Sorbetos.  Sorbetos has mind blowing helectites and soda straw formations.  We got back early enough to met with Tom and David for another scuba dive at El Natural. 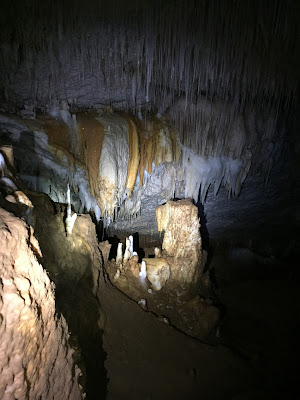 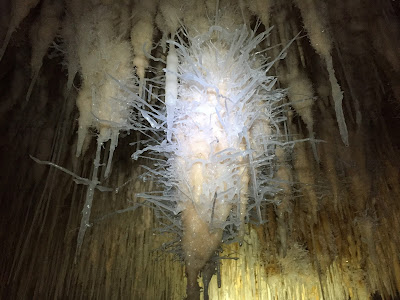 Thursday Laurel and I took Rob to the airport.  From there we drove back and visited with the owner of my old house in Moca.  I had hoped to see the two cats we left with the new owners but sadly Blanco had some health issues 6 months ago and had to be put down.  RIP, or Smokey as he is now called is still around but I couldn’t find him in the short time we were there.  Doug rents out the down stairs as an air bnb on occasion.  They are doing well and enjoy the house.  It was nice to see it again. 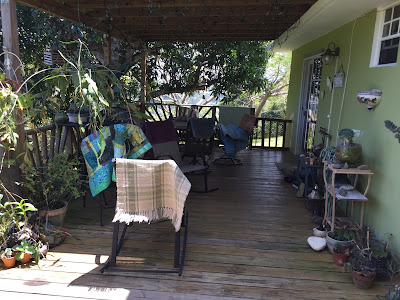 From there we drove to Toni and Gerds in Guanica.  We stayed there for the next couple of days.  We did some kayaking, windsurfing, and snorkeling along with just plain visiting.  We had an early flight Sunday morning so Saturday night we stayed at the airport hotel.  We had dinner with Toni and Gerd at Chilies in Ponce and then drove to the airport.  We were able to participate in blinky blinky on the way.

View all posts by Michal Danko →